Inside the Educator Toolbox 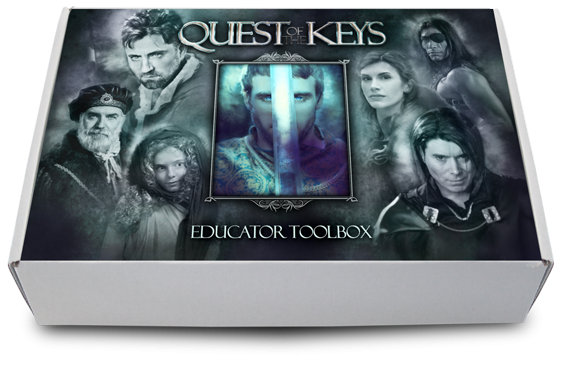 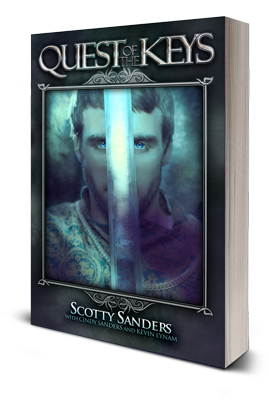 Quest of the Keys novel (print or digital)

In the timeless shadows of the mines, distant screams glide across rock walls worn by running water and groping hands. Here where the sunlight never reaches, the picking of axes and dragging of chains is met by the wails of new slaves and the dying of the old.

The guards’ words echo off the walls as if from the dark heart of the mountain itself: “You are nothing here!” – propelling an unlikely duo to risk a daring escape…

Returning to his hometown defeated, penniless, and desperate, Decklen resolves to seek help from the only man strong enough to provide it – the elder of Leonesse.

When he pleads his case to the elder, Decklen is not offered access to the town’s resources as he had hoped. Instead, he is presented with an invitation- an offer to begin a quest to unlock eight scrolls and learn the secrets therein. But to do so, Decklen must find each key.

Could it be that this quest will prepare him for the dangers ahead?

For two tenacious captives – Decklen, a young man coping with the mistakes of his past, and Camberly, a feisty ten-year-old orphan- escape from the mines is not a dream; it is their reality. However, Camberly’s brother has accidentally been left behind. They must go back for him; they must free him from the debilitating darkness. But how can Decklen face the nightmare of the mines again? 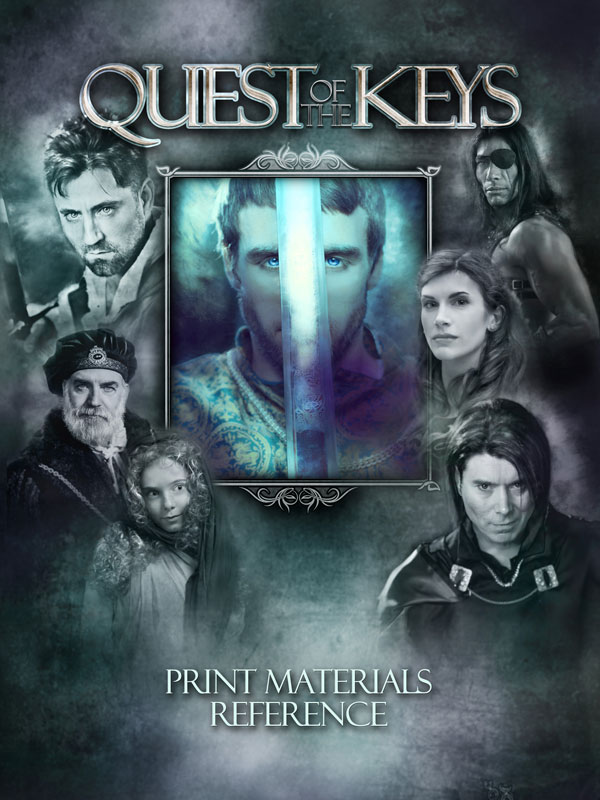 A week by week guide of the various tools that can be used for the entire school year or a few weeks. A Teacher’s Pack is also included for each of the Eight Character Keys. The pack provides answers and additional insights. A Student Pack is ready to use as a fill-in-the-blank handout. 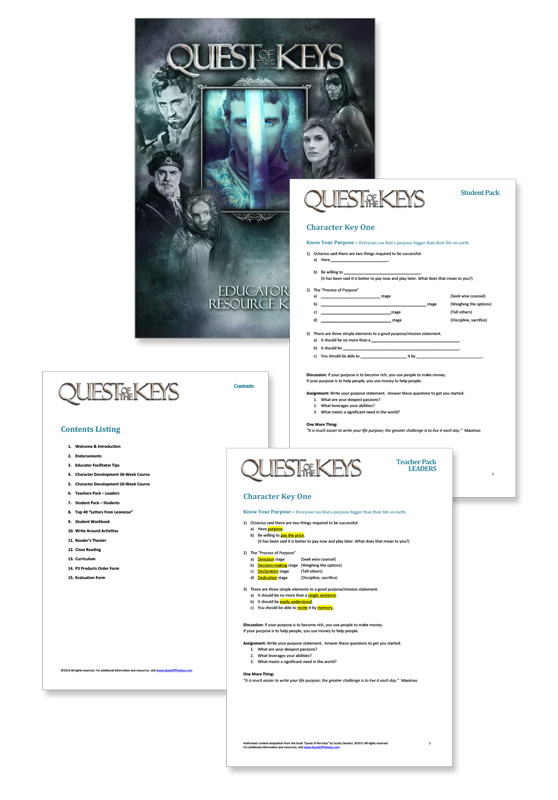 Explore the meaning of key story words, as students pronounce and use the words correctly in sentences.

Overseer – noun: someone who supervises or manages others

Use the included questions during or after reading to guide students’ understanding of the text.

Discover how students have internalized concepts by the way they are expressed contextually.

Describe a day in the life of a child working in the mines alongside Camberly.

Tell about a time when you pursued a personal quest.

These prompts offer students the opportunity to reflect and discuss ideas correlated to the Keys.

Friends, My mentor, Maximus, would often share his vision for Leonesse. It was so grand that I would be filled with excitement. Years later, I see his vision becoming a reality. Maximus once told me you have to “see it before you see it.” He died before the vision was fulfilled, but he saw it many years ago. Continue your quest, Octavius

Friends, Painful experiences teach us powerful lessons. Those experiences also make us more empathetic to others. Do not waste painful times in your life. Ask yourself these questions when you encounter heartache and pain. What can I learn? How can I better serve others because of what I have been through? Continue your quest, Octavius 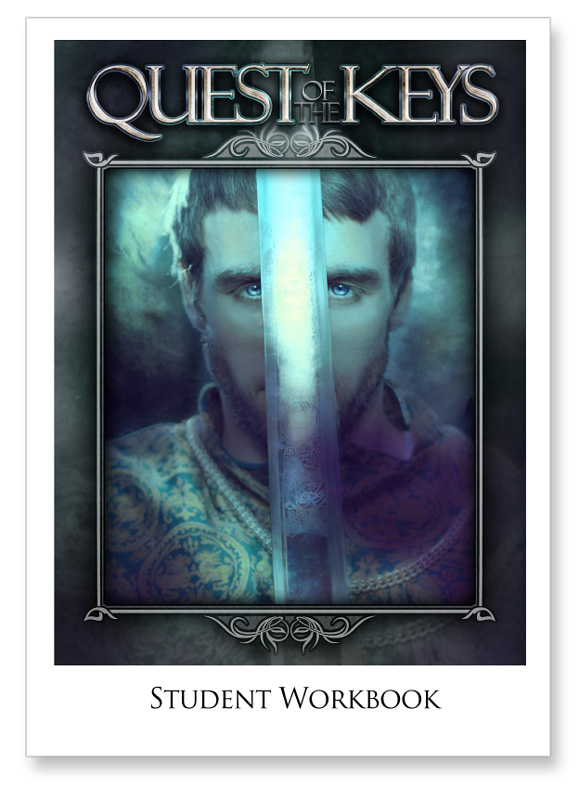 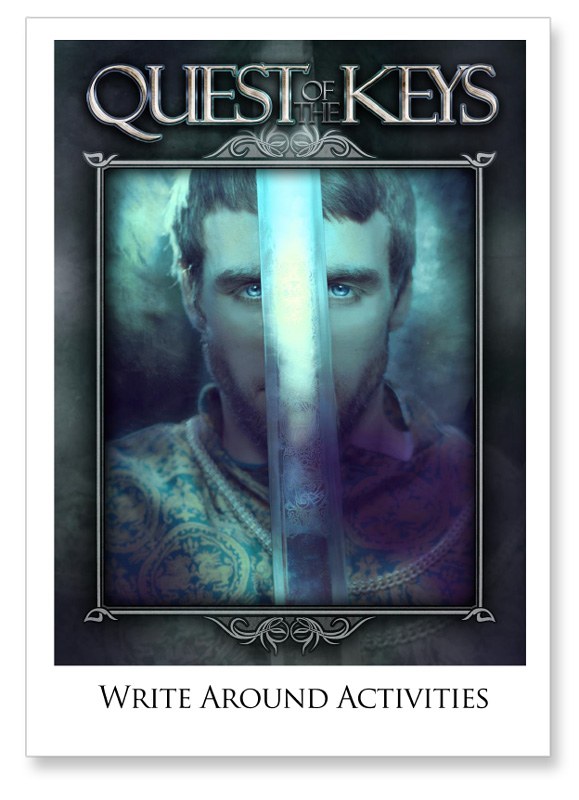 Includes a writing activity for each of the Keys.

Sample: The Key of Purpose 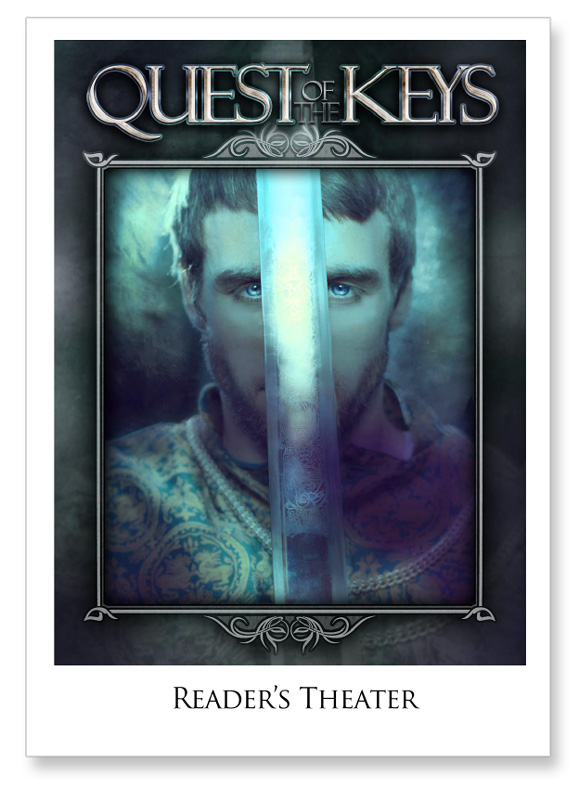 Engage students with dramatic presentations taken from the Quest of the Keys book. These are a creative way to make the text meaningful and fun for the students. Includes 3 scripts adapted from the book.

NARRATOR: At a dimly lit table in the Sleeping Dragon Inn, Decklen held the cylinder in his hands and pondered what to do next.

CAMBERLY: Don’t let it get you down, Decklen. You’ll figure it out.

DECKLEN: Give me that puzzle box; the one from the shop.

CAMBERLY: Here it is, but good luck trying to open it.

DECKLEN: I remember my sister spending hours creating puzzle boxes like this. Things seemed to come so easily to her.

CAMBERLY: Well, give it a try. You can make it work… 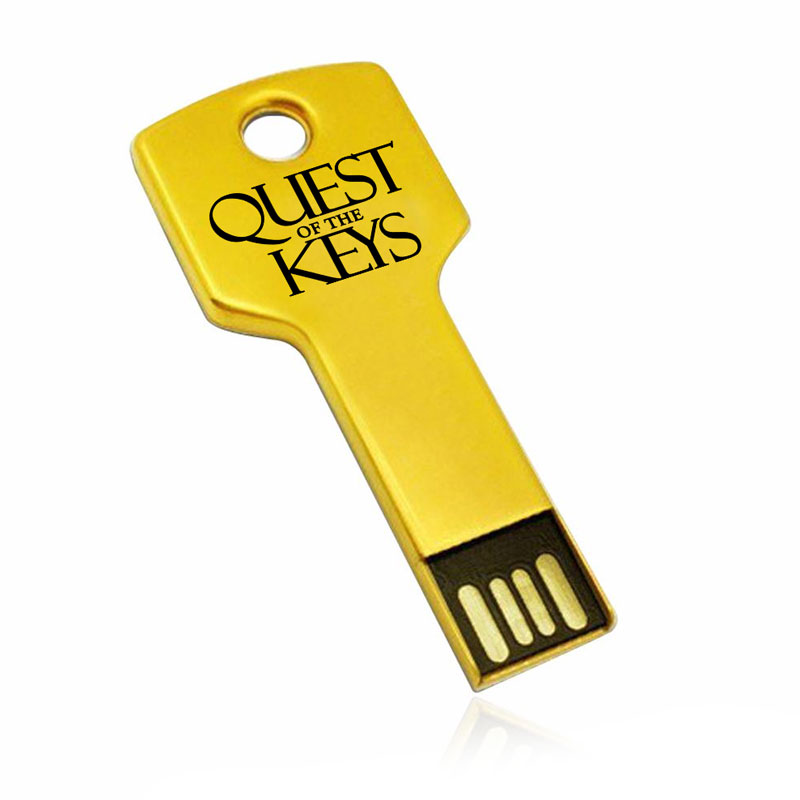 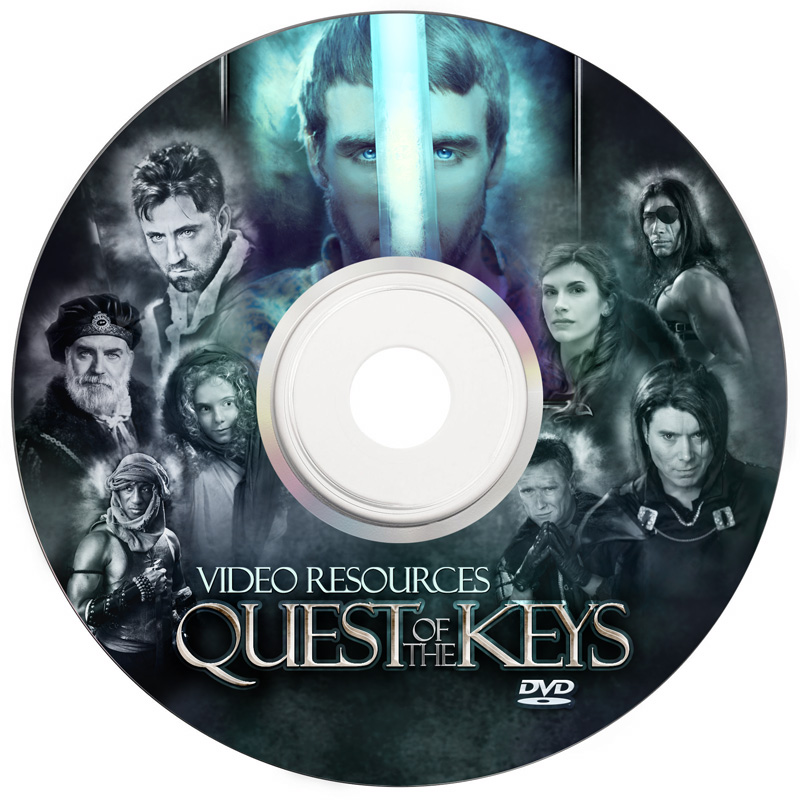 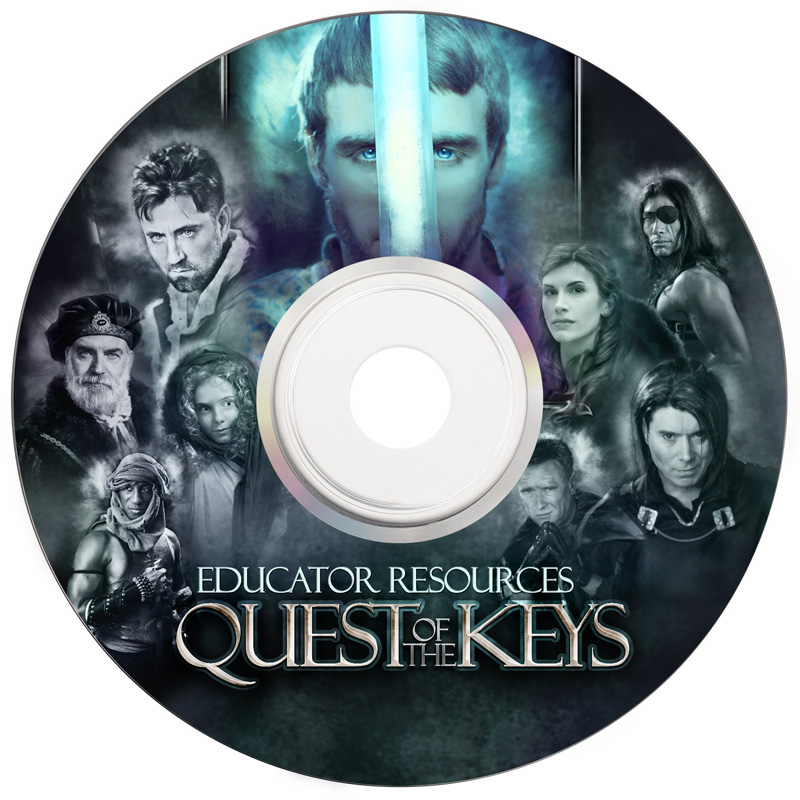 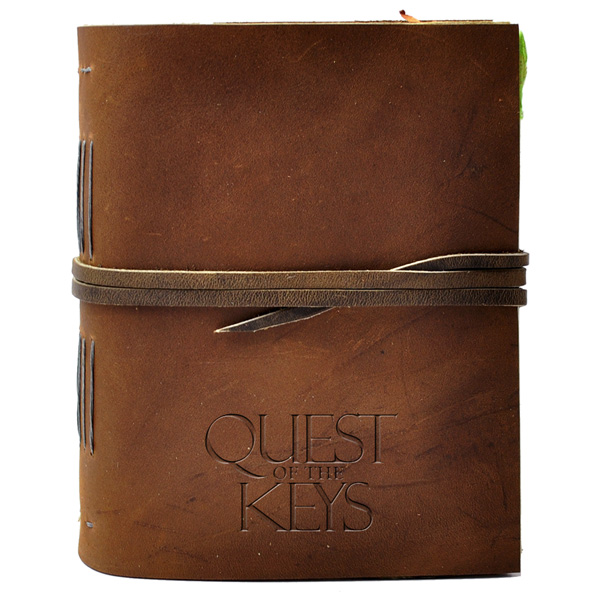 Perfect for taking notes along the journey 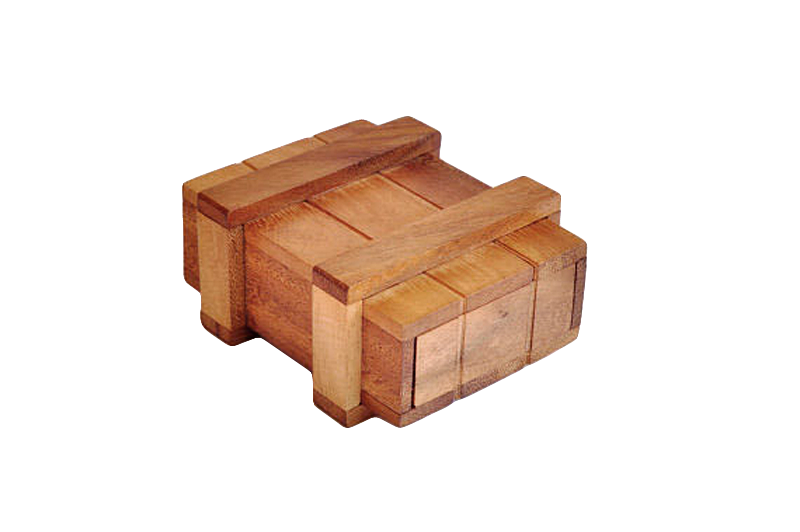 Solve it and find your next key